a comedy about love, obsession and one crazy-ass cupid. 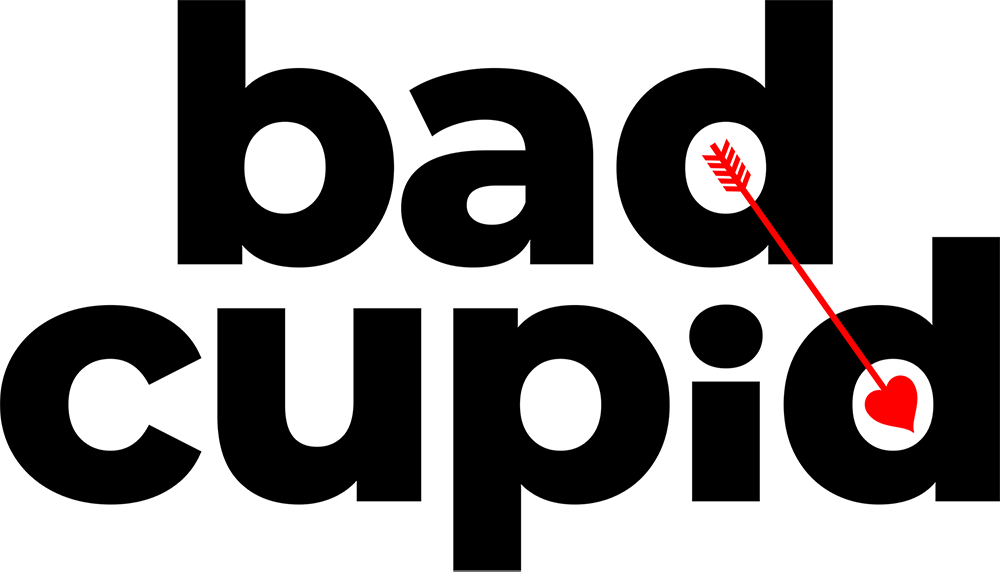 Bad Cupid is love held hostage at the point of a gun. A sociopathic Cupid takes a heartbroken guy, his kooky cousin, and his rival on a comic adventure. This comedy about love, obsession, and an unhinged Cupid comes with a twist and a surprise ending you’ll never see coming. Starring John Rhys-Davies (Indiana Jones, Lord of the Rings, Princess Diaries 2)

How Far Would You Go To Get The Love Of Your Life? 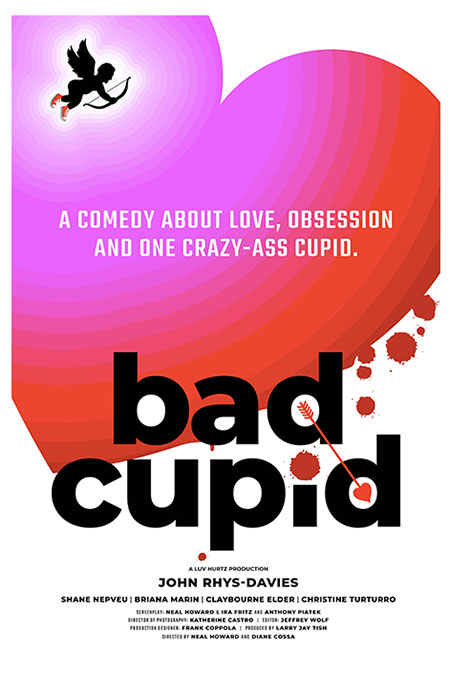 Would you do anything? And we mean...anything?

Archie (John Rhys-Davies) is a man on a mission to ensure that true love always wins. Or, short of that, someone is going to die trying. Not that he cares which. So beware anyone who gets in his way, especially anyone he’s actually trying to help.

In this movie, that’s one heartbroken guy (Dave), his kooky cousin (Morris) and the man about to marry the girl that got away. But just because the girl is getting married doesn’t mean the groom can’t be bound, gagged and stuffed into a bathroom stall, where Dave will have to make a decision…aid in his escape or aid and abet Archie in a capital crime.

Oh, the choices we have to make for love. 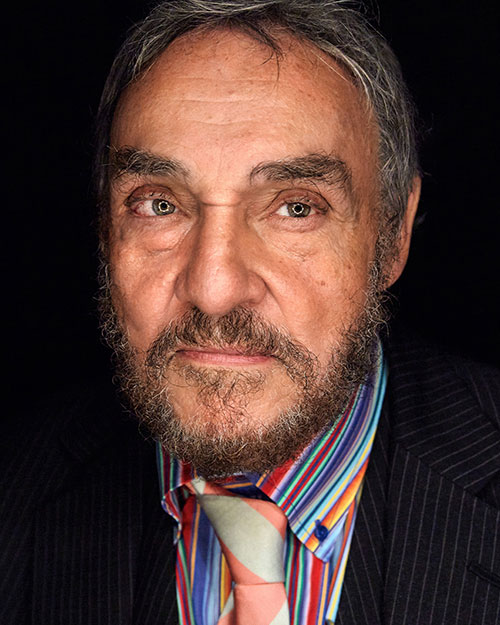 John Rhys-Davies is one of modern cinema’s most recognizable character actors.

John Rhys-Davies is one of modern cinema’s most recognizable character actors. While best known as Gimli in LORD OF THE RINGS, or as Indiana Jones’ (Harrison Ford) comic sidekick, Sallah, in two of Paramount’s INDIANA JONES adventure films, John has appeared in over 150 television shows and films since the early ’70s.

He subsequently starred as Vasco Rodrigues in NBC’s adaptation of James Clavell’s SHOGUN, which told the adventures of an English sailor stranded in Japan during the early 17th century.

John’s performance earned him both an Emmy nomination and the attention of directors Blake Edwards and Steven Spielberg. Blake cast him in VICTOR/VICTORIA with Julie Andrews, James Garner, Robert Preston, Leslie Ann Warren, and former pro-football player Alex Karras. A few months later, Spielberg cast him as the comic, fez- wearing Sallah in RAIDERS OF THE LOST ARK, the first installment of the Indiana Jones movies. The film was an instant success and John’s comedic skill made Sallah an audience favorite.

For the next two decades, the actor worked on numerous films and television shows and made memorable guest appearances on CHIPS, THE SCARECROW AND MRS. KING, MURDER, SHE WROTE, PERRY MASON, TALES FROM THE CRYPT, STAR TREK: VOYAGER, and THE SECRET ADVENTURES OF JULES VERNE. In 1982, he portrayed Front de Boeuf in the television adaptation of Sir Walter Scott’s IVANHOE that starred James Mason and Sam Neill. In 1985, he was re-united with Richard Chamberlain in KING SOLOMON’S MINES, survived a light plane crash which nearly cost him his leg, co-wrote and starred in the safari adventure film TUSKS.

In 1999, John read for the minor character of Denethor in the second installment of Peter Jackson’s highly anticipated three-film adaptation of J.R.R. Tolkien’s THE LORD OF THE RINGS trilogy. Jackson offered him the role of the warrior dwarf Gimli, a major figure in all three pictures. As Gimli, John is utterly unrecognizable: The part required that he wear heavy facial prosthetics and perform on his knees to portray the 4’2″ dwarf (the actor, himself, was then over six feet tall). The three films THE FELLOWSHIP OF THE RING (2001), THE TWO TOWERS (2002), and THE RETURN OF THE KING (2003), were shot simultaneously over an 18-month period in New Zealand. John also voices Treebeard, a computer-generated character in the second picture. 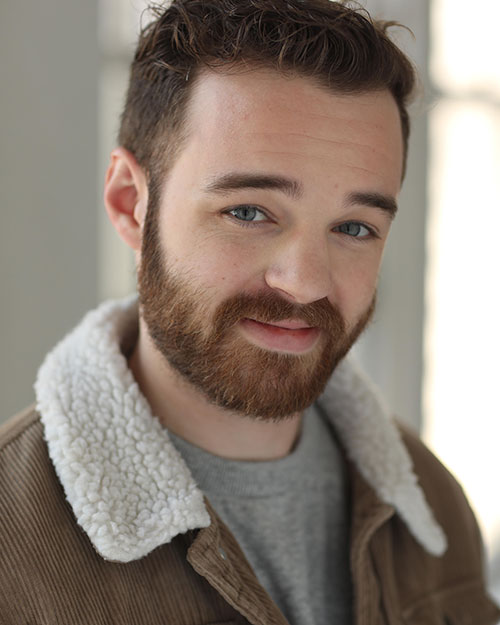 Shane Nepveu was born and raised on the Jersey Shore where he began taking acting lessons at the age of five, cutting his teeth on non-profit theater as well as commercials and short films. After high school, Shane scored roles on various shows and movies including high-profile projects like Boardwalk Empire (HBO), Red Oaks (AMAZON) and Paterno (HBO). In addition to acting, Shane has recently started writing and producing original content. His debut project, the short film Wherefore Art Thou? (the great Lynn Cohen’s last role) is an inventive contemporary reimagining of Romeo & Juliet. With his lead role in the rollicking dark comedy Bad Cupid now complete, Shane has a number of new projects in pre-production that are slated to shoot in spring of 2021. 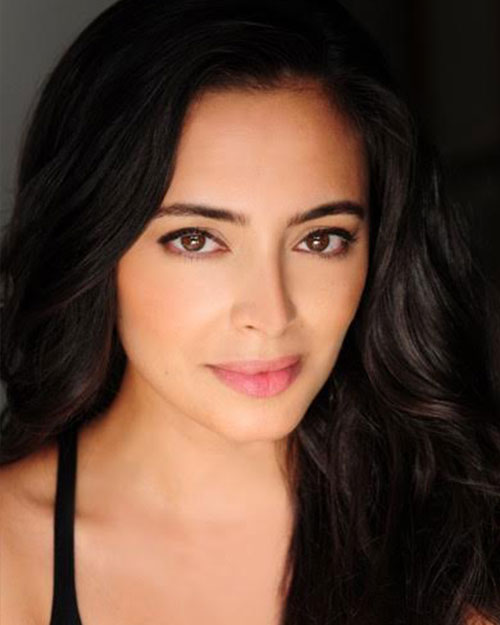 Briana has been performing professionally in dance, theatre, TV and film for 15 years…

Briana Marin began her performance career directly out of high school as a dancer with The Dance Theatre of Harlem, relocating from Northern California to New York City. She toured nationally and internationally performing classical, neo-classical and various modern works at venues including Lincoln Center, Sadler’s Wells and The Kennedy Center. In between touring and shoots on set, Briana earned a Performing Arts degree with honors through St. Mary’s College of California’s LEAP program. Briana is a proud member of Ammunition Theatre, a company dedicated to serving and promoting underrepresented voices through creating original and diverse productions. Her television and film highlights include recurring roles on The Leftovers (HBO) and The Night Shift (NBC), and supporting roles in feature films Sleepless and A Walk Among The Tombstones. She is currently located in Los Angeles writing and developing her own projects. Visit Brianamarin.com for more information. 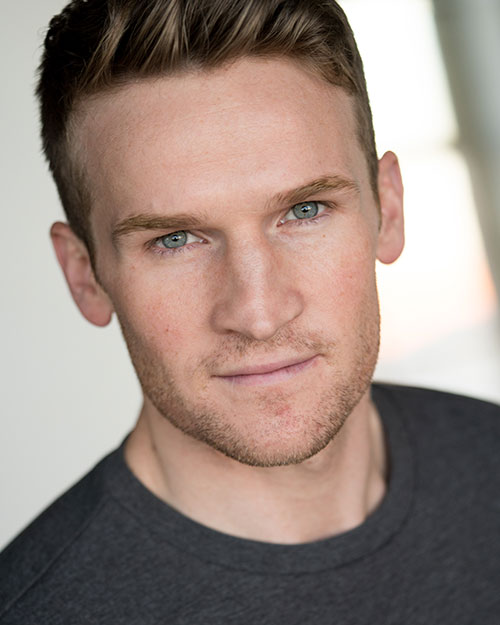 Claybourne Elder is a Drama Desk and Lucille Lortel nominee known for his performances on Broadway in Bonnie and Clyde (Buck), Sunday in the Park with George (starring Jake Gyllenhaal), Company and Torch Song. He also performed in Sondheim on Sondheim at the Hollywood Bowl, Angels in America (Dir. David Cromer), Into the Woods (Dir. Moises Kaufman), and Benny and Joon (Benny, Papermill Playhouse). His Television and Film credits include: FBI, Pete O’Malley on The Carrie Diaries as well as Netuser starring Denis O’Hare. He is a comedian, writer and actor living in New York. @claybourneelder 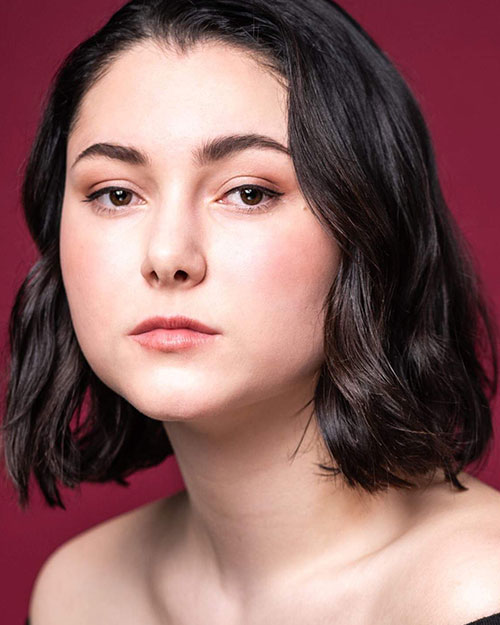 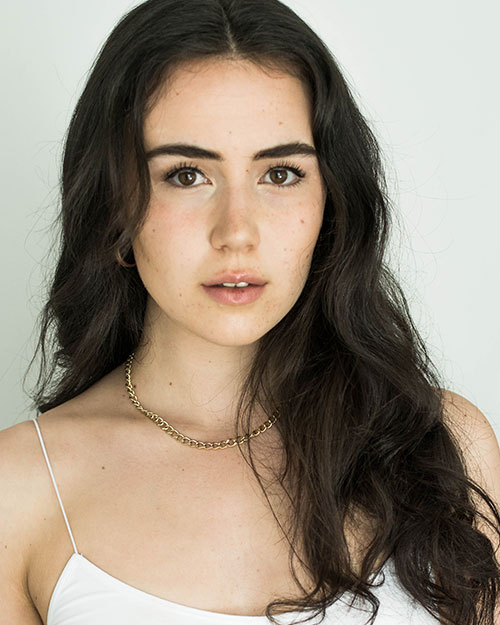 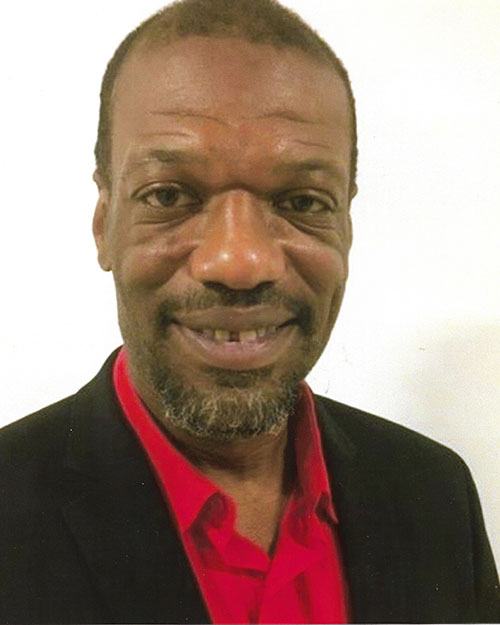 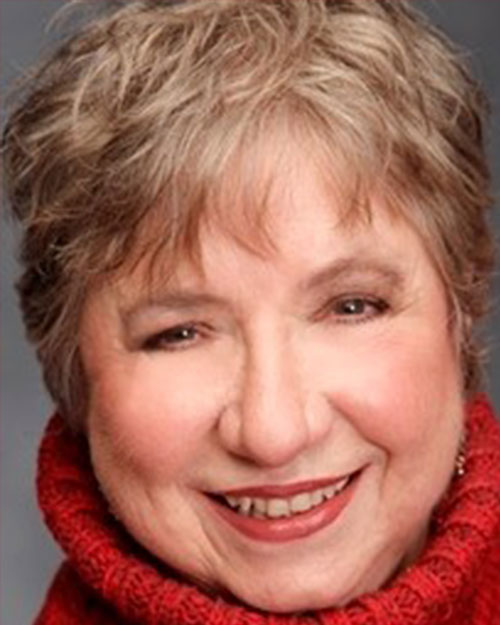 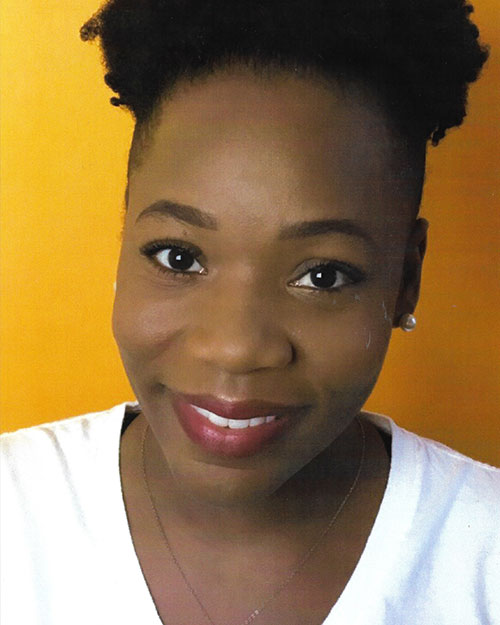 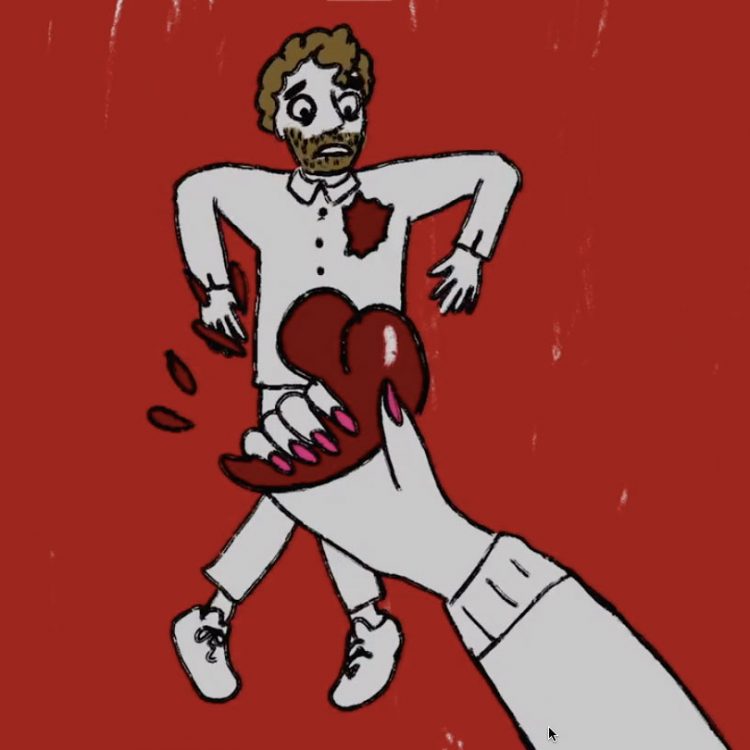 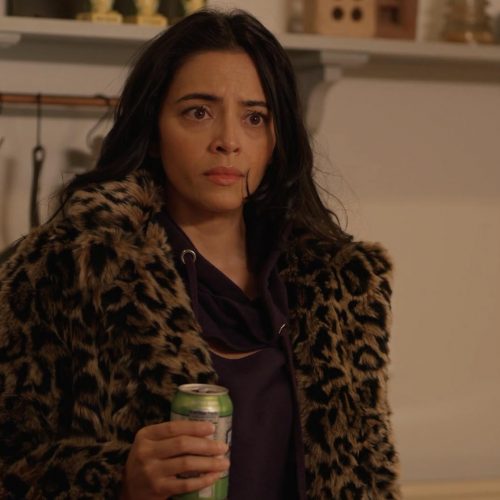 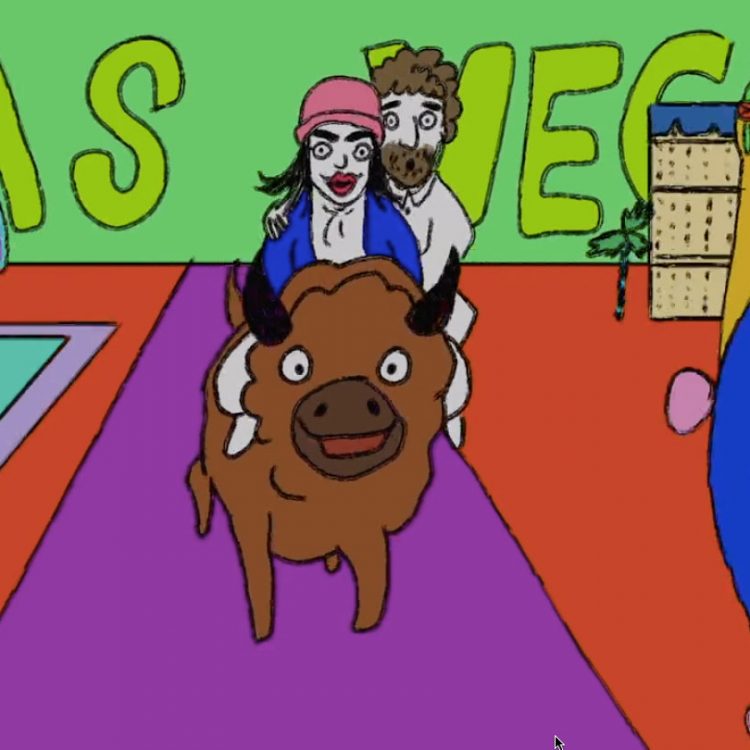 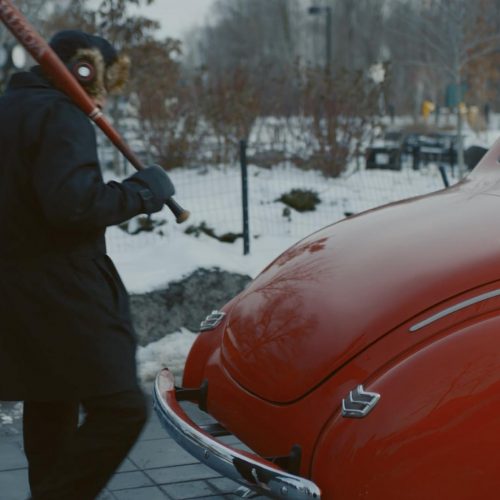 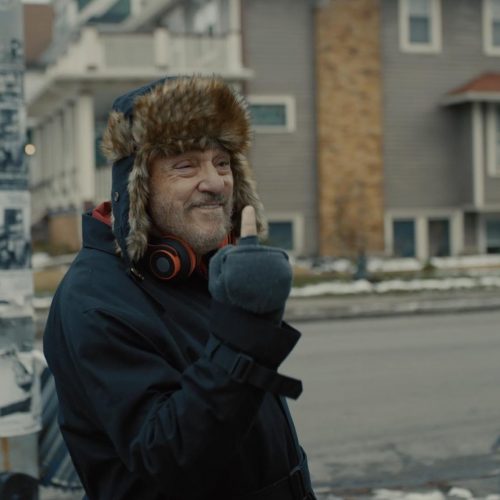 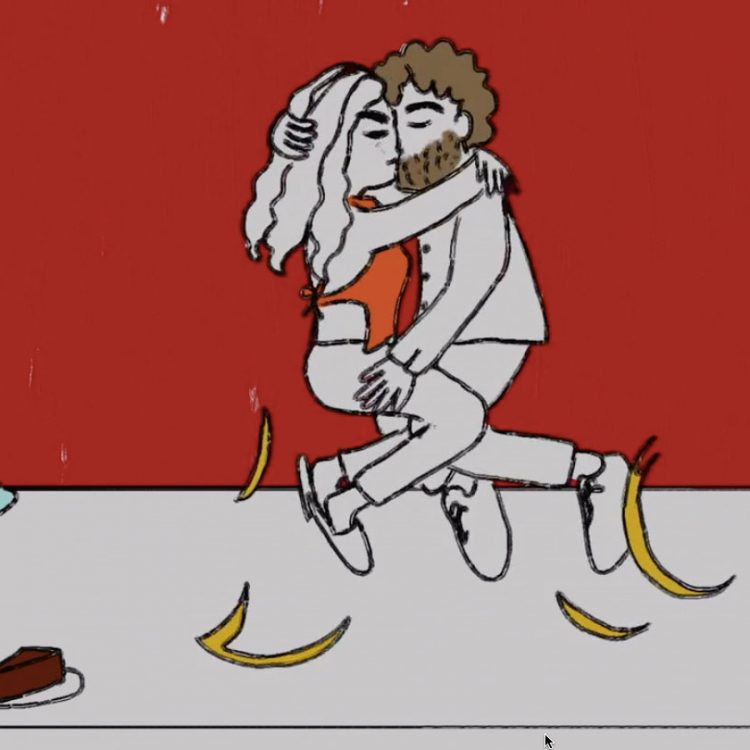 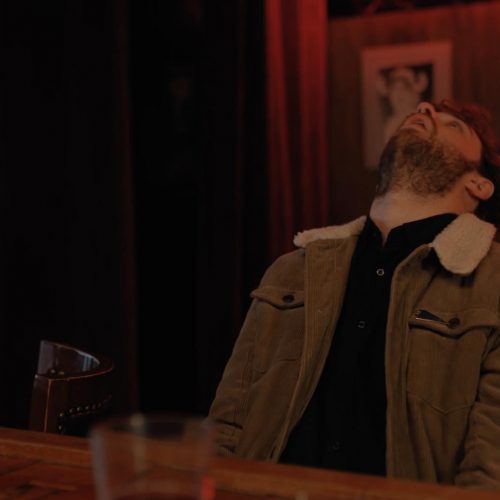 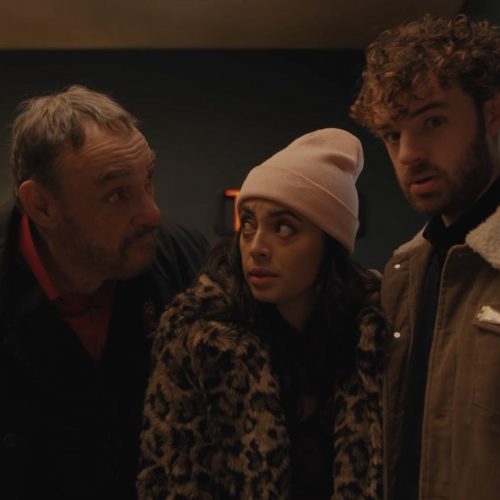 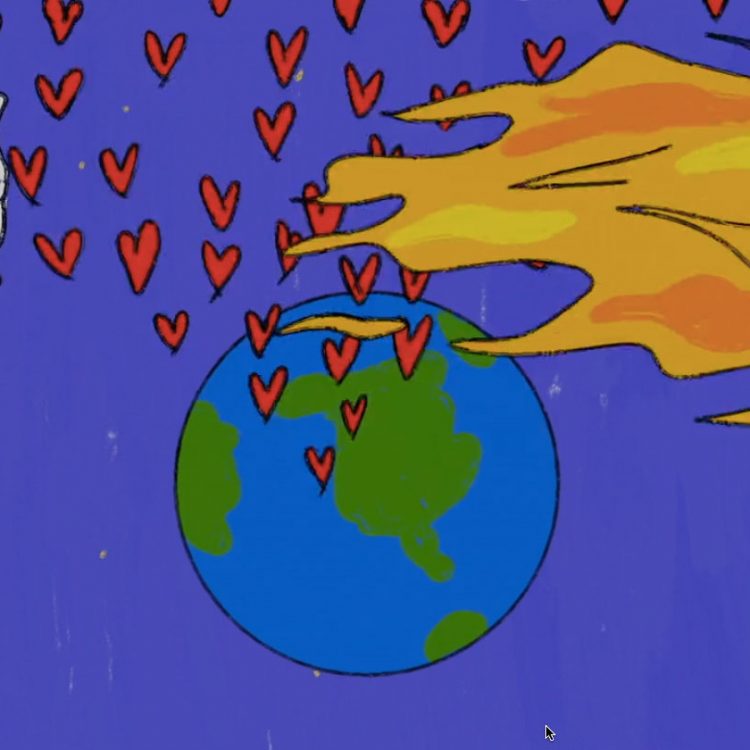 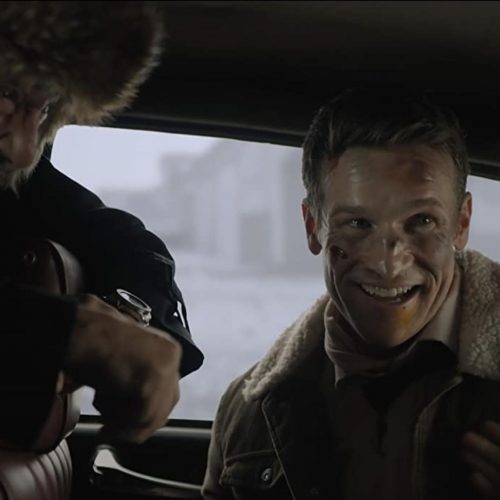 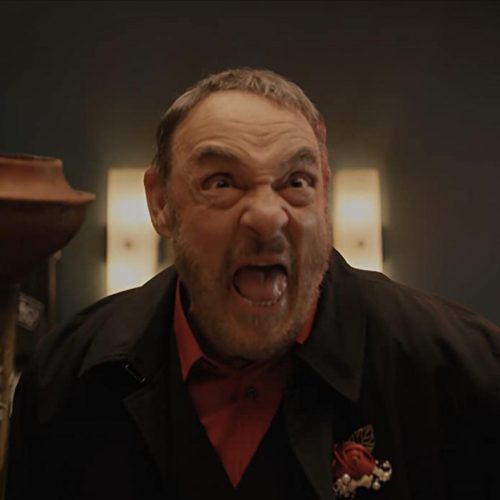 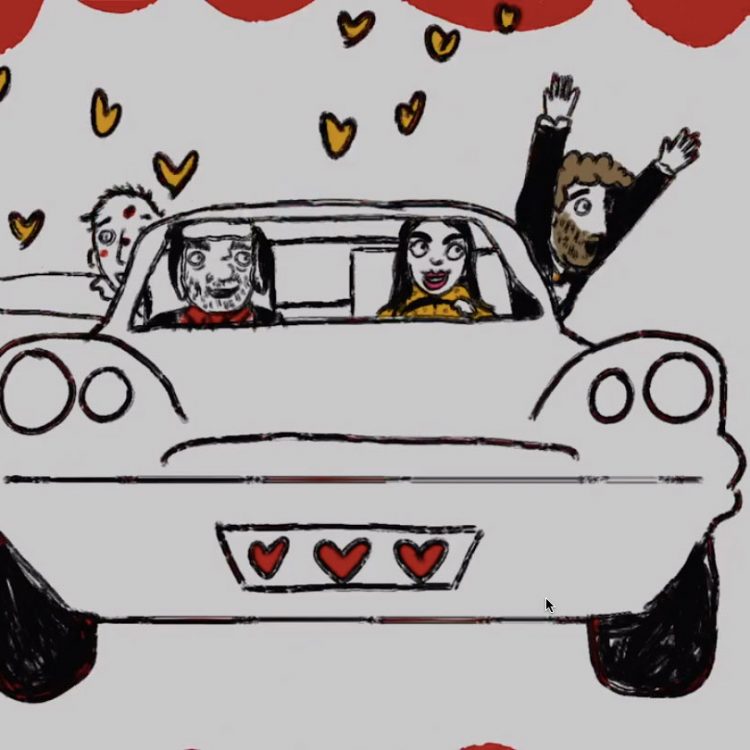 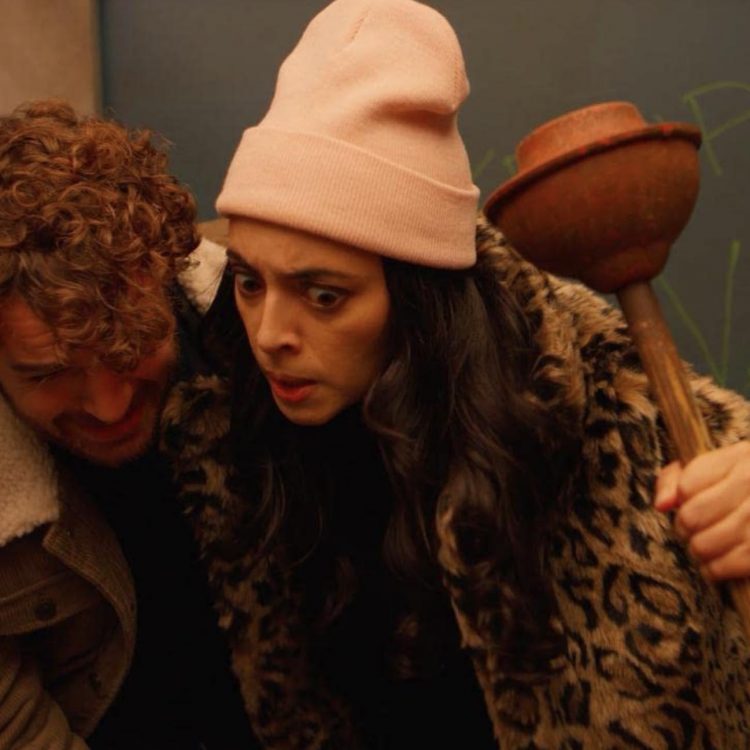 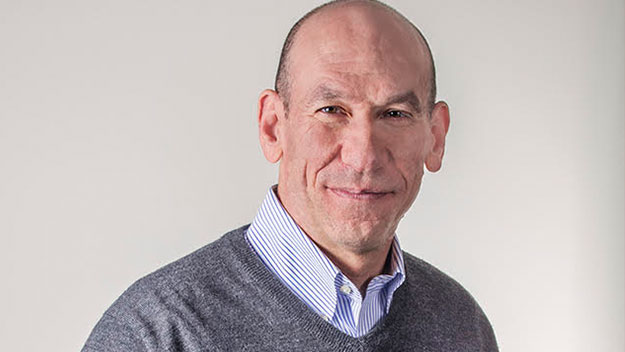 Writers Guild member Neal Howard’s credits include Coach and King of Queens as well as other pilots, series and assignments for NBC, ABC, CBS, Universal, SONY, Regency and Spelling. He also contributed to episodes of Seinfeld and Curb Your Enthusiasm. Neal and his long-time writing partner Ira Fritz have written many scripts together, among the most notable are the historic drama Surfmen and the romantic comedy Then Again. Prior to Hollywood, Neal spent many successful years in advertising as an award-winning copywriter and creative director, including recognition from CLIO, Communication Arts, One Show and Cannes. His entertainment career segued from the writers’ room to the courtroom when he played a pivotal role in the prosecution of the KKK members convicted in the infamous Birmingham Church Bombing case and the Mississippi Burning murders. He continues developing scripts while also working as a nationally recognized trial consultant. 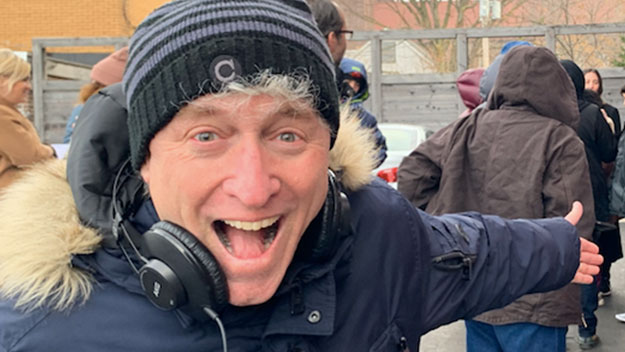 Larry is a Cambridge-based producer, playwright, TV writer, actor, director and educator. In 2017 the college educational play The Black-Jew Dialogues, which Larry produced, co-wrote, and stars in was recognized as the Best Diversity Program in America, and has been touring college campuses for 13 years with over 700 performances in 46 states to date. In 2015, The Last Jews, which Larry wrote and produced was nominated by the Independent Reviewers of New England (IRNE) as the Best New Play in Boston. The Boston Globe commented, “Larry Jay Tish is making a career of wielding wit to battle the dark side of humanity.” Larry is the co-founder of the social justice theater company, Dialogues On Diversity. He is a proud member of the Dramatists Guild of America. 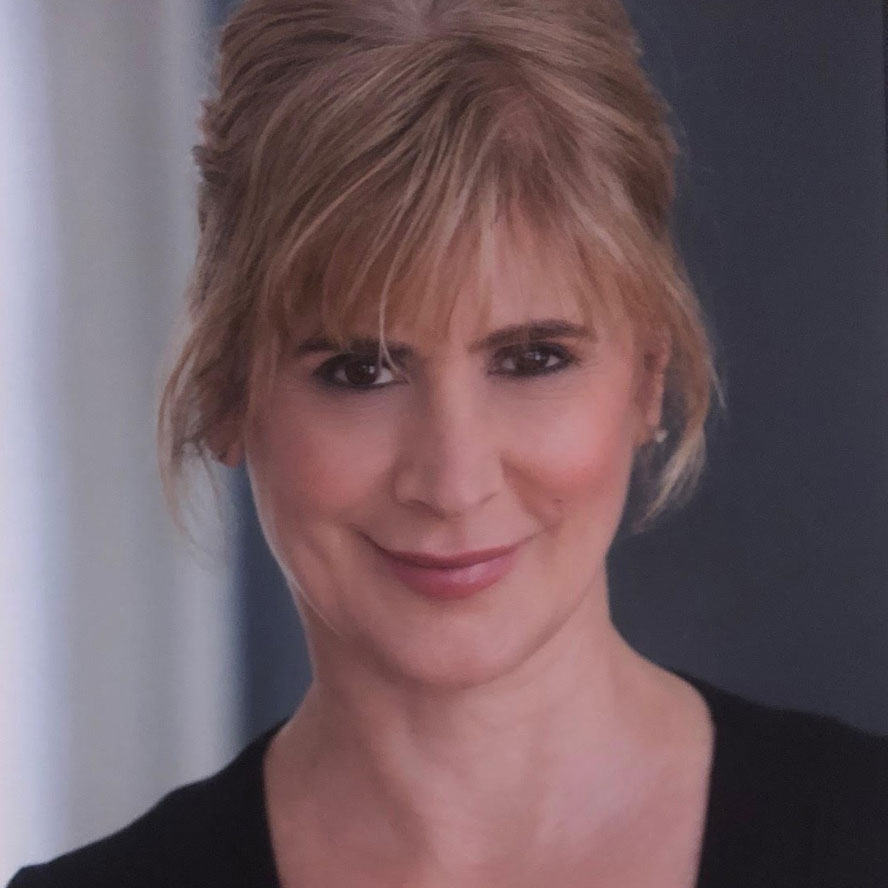 Diane is an experienced actress and stage director. …

Diane is an experienced actress and stage director. She is a member of The Common Basis Theater Company and The American Theatre of Actors in New York and has recently turned her acting and theatre expertise to filmmaking. In addition to Bad Cupid she recently directed Wherefore Art Thou a unique adaptation of Romeo & Juliet recounted through the eyes of an 80-year old Juliet (Lynn Cohen’s last performance).

As an editor, Jeffrey is recognized for his extensive..

As an editor, Jeffrey is recognized for his extensive major film work with prominent directors Arthur Penn, John Waters, Ted Demme, Lasse Hallström, and George C. Wolfe. Films include Billy Madison, Beautiful Girls, The Ref, Holes, Life, Bachelorette, When We First Met, Someone Great and most recently…Bad Cupid. As a documentary director Jeffrey’s acclaimed 2008 film James Castle: Portrait of an Artist, portrays James Castle’s life and creative process as told by family members, artists, and members of the deaf community. His newest documentary Bill Traylor: Chasing Ghosts will make its New York Premiere in 2021 at The Film Forum. 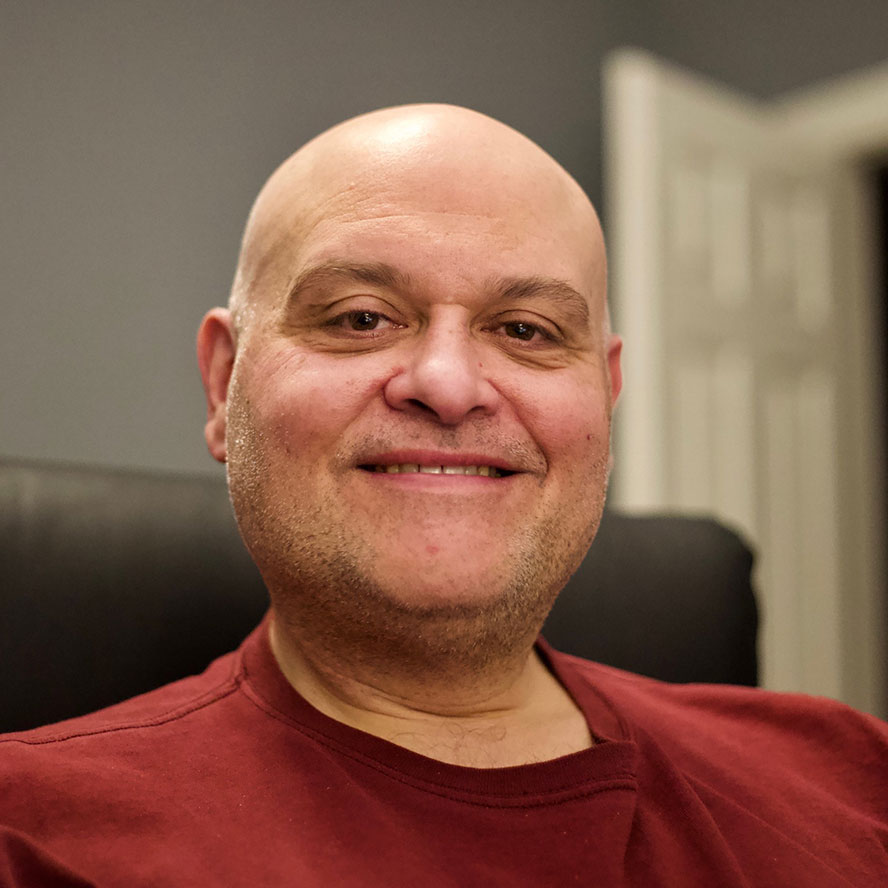 Writers Guild member Ira Fritz’s credits include Coach and King of Queens as well as other pilots, series and assignments for NBC, ABC, CBS, Universal, SONY, Regency and Spelling. He also contributed to episodes of Seinfeld and Curb Your Enthusiasm. Ira and his long-time writing partner Neal Howard have written many scripts together, among the most notable are the historic drama Surfmen and the romantic comedy Then Again. Prior to Hollywood, Ira spent time as an advertising copywriter in the creative departments of Romann & Tannenholz, BBDO, Sony Music, and Deutsch. In addition to his creative writing, Ira is an Emmy winning Producer and CLIO winning Creative Director at a major sports entertainment company. 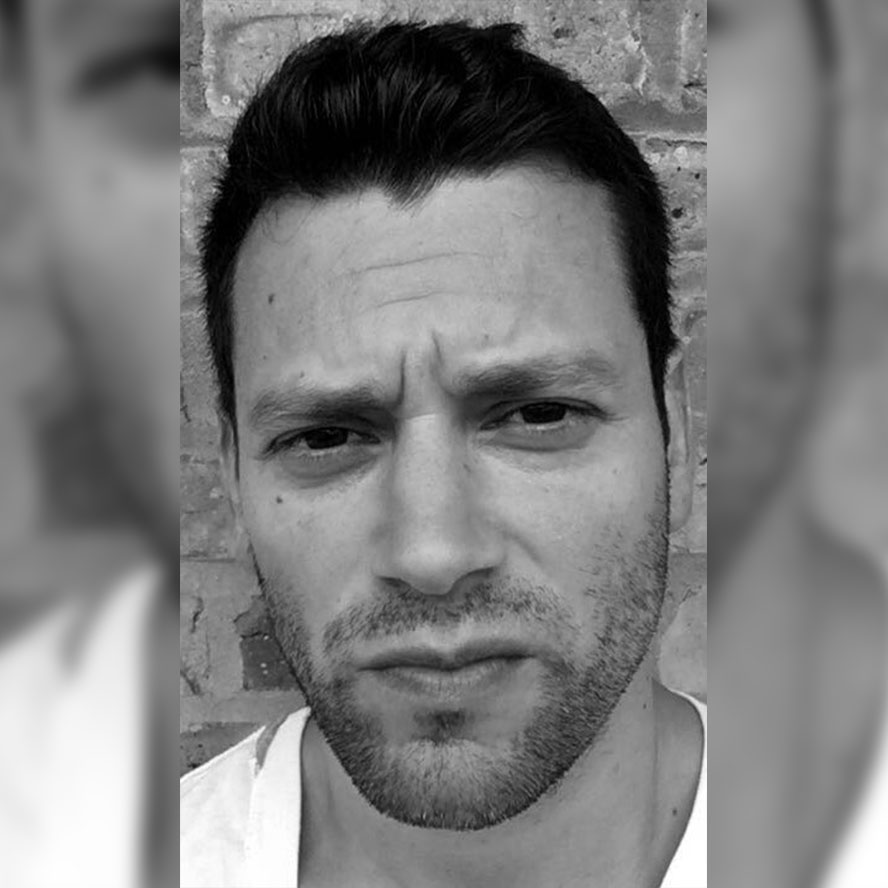 Anthony is a former trader on the Chicago Board of Trade…

Anthony is a former trader on the Chicago Board of Trade (remember Trading Places?). He has since exchanged quick instincts in the trading pit for quick wit with a pen and paper. He is a Chicago native who attended the renowned Second City school of writing. In addition to Bad Cupid, Anthony and his writing mentor Neal Howard have collaborated on two TV pilots: The Trade a thriller inspired by his time at the commodities exchange, Sex and the Single Girl (in collaboration with author Cara Gray), a comedy series about dating in the digital age, and a feature mockumentary, Scriptfest, lampooning the con artistry behind industry pitch festivals. @anthonypiatek 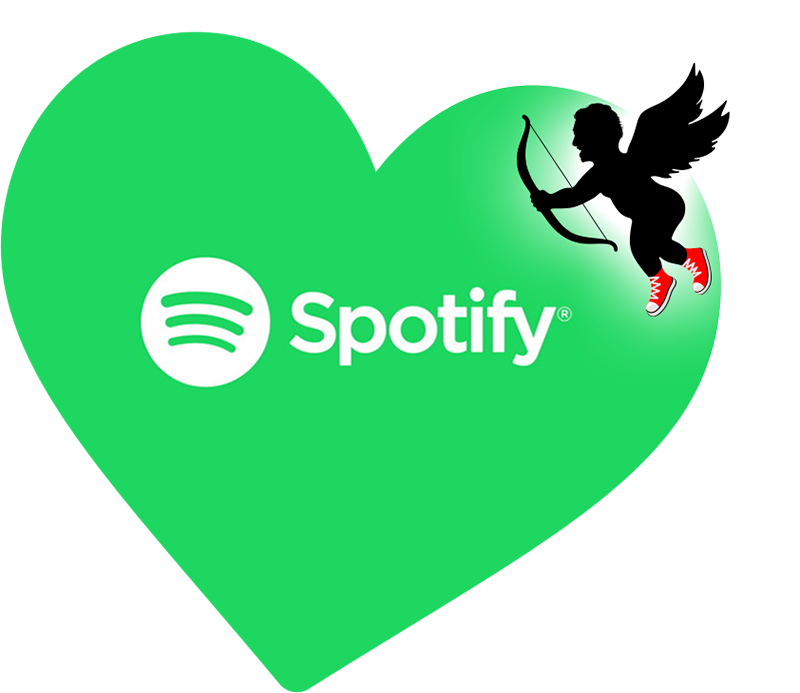 For more information about events related to the film, please sign up for our
email newsletter and we’ll keep you in the loop with exciting news!